For the last five years, the number of asylum seekers coming to Canada via so-called “irregular entries” has skyrocketed. Irregular entries refer to entries between official ports of entry such as through the forest or crossing a river. This increase in irregular entries has caused a major public outcry which I commented on in the interview below with Global News in 2017, and has even led the government to create a centralized repository of data and a quiz about myths surrounding asylum seekers (below).

It is important to note that “irregular” entries are not the same as “illegal” entries – if a person’s intention is to make a claim for asylum, they are permitted by international law to enter the country irregularly and may not be penalized for doing so; However, they must make their presence known to authorities immediately and go through the rigorous background checks, including being arrested, in order to avoid breaking any Canadian laws.

Contrast this number with the numbers in previous years:

This explosion in the numbers of irregular entries of asylum seekers has had multiple tangible impacts which have caused a humanitarian crisis in Canada:

Apart from a misguided tweet from the Prime Minister in 2017 treating human beings as political pawns and pouring gasoline on the already burning fire of a refugee humanitarian crisis within Canada(below), the elephant in the room funneling people from the United States to a path at Roxham Road in Quebec in order to make a claim for refugee status is the Safe Third Country Agreement. This bilateral agreement between Canada and the United States established each other as a designated safe third country, and was intended to prevent refugee claimants from “shopping” for status in one country after they had already had the opportunity to make a claim for asylum in the other country.

However, either through genuine lack of foresight on both sides 20 years ago, or through extremely acute foresight on the part of US diplomats, the STC Agreement is only applicable at official Ports of Entry, such as land border crossings, airports, and seaports. If a person enters either Canada or the US “irregularly” at a place which is not an official border crossing, the Agreement does not apply. This loophole means that those who would otherwise be unable to make a claim for refugee status if they had gone to a regular Port of Entry, would now be able to do so if they crossed the border irregularly.

In July 2020, the Federal Court of Canada found the Safe Third Country Agreement to be unconstitutional, and ordered that the Agreement be dismantled. The government of Canada is appealing the decision and the Agreement will remain in place until the court decision is finalized.

When the US and Canada agreed to suspend the admission of irregular entries in March 2020 due to covid-19, Canadian officials said that they  had been assured those who were not allowed to enter Canada would not be deported from the US. One man who was returned to the US after attempting to enter Canada has already been deported to his native Burundi, having exhausted all legal options in the US. Several others are being detained in the US with final orders of removal from the United States.

As a result, Canadian Minister of Immigration, Refugees, and Citizenship, Marco Mendocino, has granted exemptions to several individuals in similar situations, allowing them to enter Canada despite all border restrictions in place to slow the spread of covid-19 in Canada. If they are released by the US, they will be allowed to enter Canada. These same exemptions were granted to NHL players entering Canada from the US throughout the 2019-2020 hockey season. Both countries have stated that they are committed to the principle of “non-refoulement,” which means not sending someone back to a country where they will be persecuted.

Will the Safe Third Country Agreement ultimately be found to be unconstitutional? Would this decision be good for Canada and for asylum-seekers? How else will covid-19 impact Canadian immigration? These are all unknowns.

However, what is known even if it is not stated, is that the pandemic has allowed CBSA, the Immigration and Refugee Board, the shelter system, and all of the agencies responsible for processing inland refugee claims and impacted by irregular entries to catch their collective breath on at least one crisis.

To those fleeing persecution, terror & war, Canadians will welcome you, regardless of your faith. Diversity is our strength #WelcomeToCanada 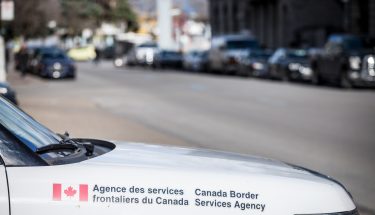 Can an American Citizen Make a Claim for Refugee Protection in Canada?

Citizens of any country in the world are allowed to make a claim for refugee status in Canada, including Americans. However, very few of these claims by US citizens are approved. 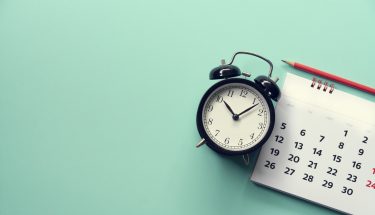