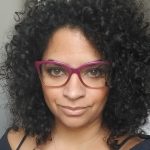 Originally from the United States, Cassandra immigrated to Canada in 2008. Cassandra (R#514356) began her career in the Canadian immigration industry in 2009 and is the Founder of Doherty Fultz Immigration Inc., located in Toronto, ON.

At DFI, Cassandra specializes in immigration cases pertaining to Study Permits, PR Card Renewal on Humanitarian and Compassionate Grounds, Criminal Rehabilitation, Temporary Resident Permits, Canadian citizenship, Family Sponsorship, and Visitor Visas. She has advocated for her clients with an impressive success rate, including for applications with prior refusals.

Cassandra is dedicated to providing straightforward and easy to understand immigration advice in order to help clients plan for their futures in Canada.

Given her extensive experience in the immigration field, she is a regular contributor to discussions pertaining to current immigration issues on Global News Toronto and nationwide Global News Radio stations, among other news agencies across Canada.

Cassandra is also the Program Director and an instructor of the Immigration Case Manager program at Herzing College Toronto Campus, where she teaches immigration law, mentors students, and contributes to ongoing course development. She was named Faculty of the Year for all of Canada in 2022.

Cassandra is also a Sommelier certified by the Canadian Association of Professional Sommeliers. 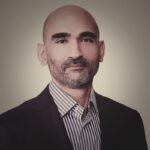 Abdullah Balal (R534321) immigrated to Canada more than ten years ago from Pakistan. Prior to moving to Canada, Abdullah enjoyed the opportunity to live and work in six different countries.

He holds both an engineering and a law degree, and practiced as a lawyer for eight years before moving to Canada. He joined DFI in 2022.

Abdullah thinks of all of his clients as family and acts as a partner with them on their immigration journey, whatever they would like to achieve. As an immigrant, he knows the importance of getting the right advice at the right time. 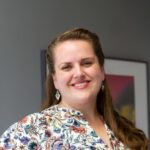 Katherine (Kate) McLean (R708625) was born and raised in Ontario, Canada and has experienced life as both an international student and a worker: she traveled first to Australia to get her teaching qualifications and then spent almost a decade teaching high school English and Geography overseas.

Between 2008-2020, Kate has called 4 of the 6 inhabited continents home.
Her appreciation for what Canada has to offer and experience as an expat overseas herself motivated her to come home and make the career change to Immigration Consulting.

Upon returning to Canada in 2020, she joined Doherty Fultz later that year, initially as an intern and then as an RCIC upon receiving her license to practice Canadian immigration.

At DFI, Kate specializes in LMIA applications and temporary status including work permits and study permits including permits for minors and those with prior refusals. 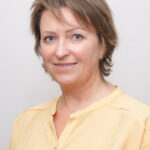 Originally from England, Bonnie has worked with Doherty Fultz Immigration since the company was founded in 2014. Her career in Canadian immigration began in 2009 and she is dedicated to ensuring the satisfaction of our clients.

She is an integral part of the immigration team at DFI, and contributes to the completion of files across multiple departments, as well as acting as General Manager of the company. 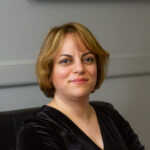 Leila was born in Iran and holds a Master’s degree in English Literature as well as an MBA. She is fluent in both English and Farsi.

Leila joined our team after working for many years in international trade, which allowed her to travel extensively and experience different cultures. After moving to Canada and going through Canadian immigration herself, she decided to change her career in order to assist others who were experiencing the same red tape. 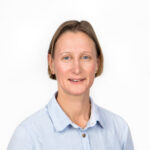 Lisa is originally from Southeastern England where she gained her bachelor’s degree in tourism. Despite originally hailing from a small town, Lisa travelled extensively through Egypt, Jordan, India, Nepal, Sri Lanka, Peru, and China which instilled in her a love for experiencing different cultures and ways of life.

After her graduation, Lisa worked in the travel and tourism industry for over a decade before moving into the field of Canadian immigration in 2009.

Lisa has over a decade of experience with PR card renewal, Canadian citizenship, verification of status, and work permit applications. She is absolutely dedicated to finding creative solutions to clients’ needs and she has at this point assisted (with no exaggeration) thousands of clients.