Sunwing Airlines has recently announced that it is facing significant disruptions to its holiday travel plans due to the rejection of an LMIA (Labour Market Impact Assessment) by the Canadian government. This decision has caused numerous issues for Sunwing, including flight cancellations and delays, as well as difficulty in finding qualified pilots and crew members. The airline cancelled 67 flights between December 15 and 31. Sunwing Airlines is now working hard to address these issues to ensure that its customers have a safe and enjoyable holiday experience.

What is a Labour Market Impact Assessment?

A Labor Market Impact Assessment (LMIA) is a document that Canadian employers may need to obtain before hiring a foreign worker.

A positive LMIA indicates a need for a foreign worker to fill the position. It will also show that no Canadian workers or permanent residents are available for work.

A positive LMIA is called a confirmation letter. If an employer requires an LMIA, they must apply for one. Once the employer receives the LMIA, the employee(s) can apply for work authorization.

To apply for a work permit, a worker needs

Note: since the transition to the new NOC 2021 there are Updates to Job Bank median wages and National Occupational Classification (NOC):

Why was the LMIA declined?

Sunwing failed to comply with the advertising regulations and hence could not meet the criteria for a positive LMIA. It claims that searches of the Canada Job Bank between October 3 and October 6 revealed the corporation was not posting job openings there which is a requirement for positive LMIA decision.They must also be able to prove that they have used at least two other recruitment methods.

NOTE: Some businesses are completely exempt from the advertising mandate.

Since one of the conditions for LMIA is not enough workers found in Canada, Sunwing failed to comply with this because, according to the Pilot’s Union, Unifor Local 7378,  there are enough trained pilots in Canada. Flying time for pilots was decreased during the pandemic and has not yet been restored to pre-pandemic levels. Additionally, the Union claimed that there were many pilots available who would’ve needed some additional training to be fully qualified for the position.

Sunwing was going to pay the TFWs a higher rate than Canadian pilots under their collective agreement which is not permitted within an LMIA. Despite requiring less experience, that is more money than the highest-paid captains under the union’s collective bargaining agreement.

Employers who wish to employ the TWFP for unionized positions need to follow specific guidelines:

Sunwing’s response to the rejection of an LMIA

Sunwing has denied the union’s claims, defending its selection of TFW pilots over domestic ones.

The allegation made by Unifor Local 7378 that using foreign pilots is a “cheaper option” than hiring Canadian pilots is wholly untrue, according to Len Corrado, president of Sunwing Airlines, who made the statement to The Canadian Press in November.

Sunwing often scales its service throughout the summer because to its focus on southern locations and lower demand. To have enough workers over the winter, the airline can hire pilots as TFWs in the weeks before the holidays. 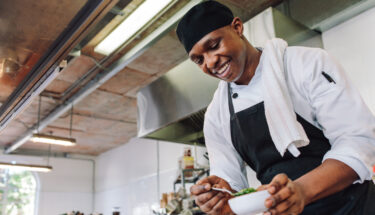 A Comprehensive Guide to Canadian Work Permits and Working in Canada

Canada is a great place to live and work. Here is a guide for working in Canada and how to apply for a Canadian work permit. 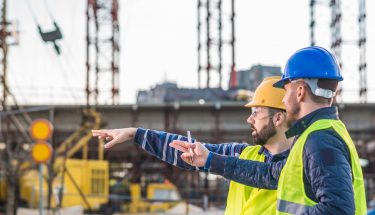 A Labour Market Impact Assessment (LMIA) is an application that Canadian employers submit when they wish to hire a foreign worker to fill a labour shortage.