Below are some circumstances which have been frequently explored in applications I have prepared for 2SLGBTQ+ couples over the years.

Sponsor or Partner Not “Out”

Even in 2021, many 2SLGBTQ+ people do not have the luxury of an easy coming-out announcement. Many applicants are from areas and backgrounds where very traditional and conservative ideologies are the norm, and it is not possible to come out entirely or at all. I have been asked many times by applicants who are worried about their families finding out that they are 2SLGBTQ+  whether it is possible to avoid telling them and still apply for sponsorship.

The answer to this question is YES. Even though every applicant is required to prove that their relationship is genuine, they are not required to tell their parents, siblings, or anyone else about the circumstances surrounding their relationship, including being 2SLGBTQ+, if they do not want to. Many applicants’ safety would be in jeopardy if they were forced to discuss their 2SLGBTQ+ identity with outside parties or family members, especially if they are still living in their country of nationality where homosexuality is grounds for social exclusion or, even worse, a criminal offense.

I have prepared many applications for sponsors and applicants who are out only with certain family members, certain friends, or sometimes who are not out at all. Given the circumstances of the relationship not being public, especially when an applicant is from a traditional background as mentioned above, it is absolutely possible to understand why only some people (or no people) know about the relationship.

Even applicants from countries with open attitudes toward 2SLGBTQ+ life, including countries where same-sex marriage is legal, sometimes have reasons for wanting to keep their relationships to themselves. This is an issue which also comes up when couples are from different ethnicities, religious backgrounds, or even work in certain industries. The bottom line is that you do not need to tell anyone about your relationship for immigration purposes that you do not already want to tell simply for sharing in your happiness.

Many 2SLGBTQ+ applicants for spousal or common-law sponsorship have previously been in heterosexual or heterosexual-presenting relationships, especially if one person in the couple is old enough to have been in a relationship prior to things like corporate endorsement of pride and legal same-sex marriage.

Having previously been married to or lived with a person of the opposite sex, even if you identify as gay now, does not mean that your sponsorship application will be refused. First, you do not need to disclose any previous relationships in your spousal/common-law sponsorship application unless you were married to or in a common-law relationship with that partner – boyfriends, girlfriends, tinder or grindr dates, or hot girl summers do not need to be discussed in the application. IRCC is only interested in “serious” relationships which constitute a legal partner such as a spouse or common-law partner.

Second, if you were previously married to or in a common-law partnership with a heterosexual, heterosexual-presenting partner, or other partner outside of how you identify now, there is a perfectly reasonable explanation for this. Even though an opposite-sex partner will need to be explained in an application between two partners who identify as gay, everyone’s life and circumstances are different – If you were in the closet at that time, if you went through with an arranged or high-pressure marriage to please family, if you were not sure about your sexual orientation at that time, or if you simply had not yet met the ONE, these are all perfectly valid reasons that you are in an 2SLGBTQ+ relationship now while having been in a heterosexual relationship previously.

Legally Unable to Get Married

Even in 2021, it is a sad fact that in many places, same-sex couples are still not allowed to get married. In order to sponsor someone as a spouse, the marriage must have been considered legal in the place where it occurred, as well as in Canada, which means that some applicants will not be able to marry in their country of origin. A civil union does not constitute a legal marriage for a sponsorship application.

Canada allows common-law partners to be sponsored as well as spouses. If 2SLGBTQ+ marriages are not legal in the applicant’s country of nationality, it may be possible to sponsor them as a common-law partner. In order to meet the legal threshold for common-law partnership, a couple needs to live together for at least one year in an exclusive, romantic relationship.

However, it is very important to make sure that if you are planning to submit a sponsorship application that you plan ahead and ensure you have enough documentation to prove that you meet the legal threshold for common-law. If you do not have enough evidence, the application will be refused. If you are applying for sponsorship as a common-law couple, you will need to need to prove that you have lived together for the full year prior to submission of the application – not just at the time of submission.

If your partner does not require a visa to enter Canada, they can apply for an eTA and come to Canada as a visitor. If they do require a visa, this application must be submitted first. Most visitors are allowed to stay in Canada for 6 months. As long as an application to extend their visitor status is submitted before the status expires, they can continue to remain in Canada legally until a decision is made on the extension application. This process can usually be repeated long enough to give the partners one year together to submit an application for in-Canada sponsorship as common-law partners.

It is very possible that you will not be able to marry your partner because 2SLGBTQ+ marriages are not legal in the applicant’s country of residence, and that you will not be able to live together as common-law partners for one full year. In some locations it may be prohibited or even dangerous for two 2SLGBTQ+ people to live together. In a situation such as this, it may be possible to do what is called a conjugal sponsorship.

A conjugal sponsorship application can be undertaken when it is physically impossible for a couple to get married or live together as common-law partners, yet they are in a conjugal relationship.

For more information on conjugal and other types of sponsorship, click here.

As part of an overseas spousal sponsorship application that is submitted for an applicant who still lives outside Canada, it is a requirement that communication between the sponsor and applicant are included as part of the sponsorship application. However, you are not required to submit any embarrassing, NSFW, or any other messages that otherwise make you uncomfortable.

If you cannot talk to one another due to a language barrier, how can you maintain a bona fide marriage? If you only speak infrequently and irregularly, the same question applies. You don’t have to share any communication in your sponsorship application that you would rather keep private. Mundane talk about your day to day lives, family updates, tough days at work, and I love yous are all important parts of real life and of a sponsorship application.

While you don’t need to share what you don’t want to share, it is recommended not to redact certain information – it is better to be considerate of what you choose to include rather than mark out information you have already included.

If the applicant is HIV+, this needs to be disclosed both in the sponsorship application and to the doctor at the time of the medical examination – if you know that you have any medical condition and do not advise the doctor of this, then this can cause IRCC to believe the applicant is misrepresenting.

In cases where the applicant was previously unaware of their HIV status, applicants who test positive for HIV in the immigration medical exam will be called to attend an interview with an immigration officer. At the interview, the officer will give the applicant notice that they are required to disclose their HIV status to their sponsor within 60 days or withdraw their application. After this time, IRCC will notify the sponsor directly. An interview will not be convoked when both partners are aware of the applicant’s HIV+ status.

IRCC has made advances in the treatment of trans applicants over the last several years. All IRCC application forms offer male, female, and “X” gender. When it comes to sponsorship of a spouse or partner who has transitioned, the couple is treated exactly the same under the law as any other couple.

Again, while the genuineness of the relationship needs to be proved as with all other sponsorship applications, a couple who is genuinely in love, is either married or meets the threshold for common-law status, and meets the other requirements for sponsorship is not in any different position than another couple even if the sponsor or applicant is nonbinary, transman, transwoman, or anywhere on the gender spectrum.

It’s 2021. Having met your partner on an app or website for dating is absolutely the norm. Over the past 10 years, I have seen an increase from around 20% of sponsorship applicants who met their partner online to more than 50% today in my clients. I have had clients who met on tinder (actually lots of them), grindr, Instagram, plentyoffish, Caribbean Cupid and lots of other geographically specific apps, facebook, and even Google+.

For a sponsorship application, there is nothing wrong with having met your partner on tinder or grindr or any of the “less serious” apps, and there is nothing better about having met on match.com or one of the “more serious” apps. While people still do meet at festivals, at bars, at the grocery store, and on vacation the old fashioned way, meeting online is more popular than ever.

This applies to couples across the board, whether they are 2SLGBTQ+ or heterosexual. And, just because you are 2SLGBTQ+ does not mean you need to have met your spouse on an app that is dedicated to 2SLGBTQ+ users.

Age Difference Between Sponsor and Spouse/Partner

While an age difference between the sponsor and applicant does need to be addressed in the  application, it is definitely not the end of the world. Even age differences of 20 years or more can be overcome with a solid sponsorship application.

While polygamous and polygynous marriages are legal in some jurisdictions, the marriage will not be considered legal in Canada, which means it cannot be the basis for a spousal sponsorship application. Bigamy (being married to two people at once) is an indictable offence under the Criminal Code of Canada. A person can also only legally have one common-law partner. In fact, if a person has more than one spouse or common-law partner, IRCC could find that none of the relationships is valid for sponsorship.

A person in a polygamous or polygynous relationship will not be able to sponsor a spouse to Canada under those circumstances.

Contact us if you have questions about sponsorship as an 2SLGBTQ+ couple. All consultations and correspondence are confidential. 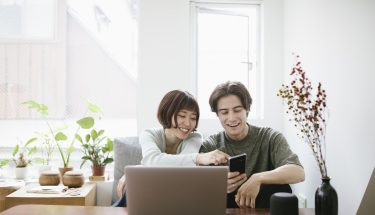 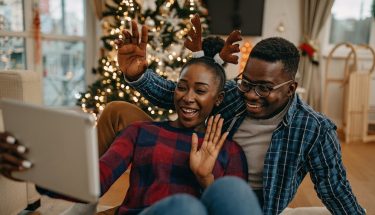